THE LIBRARY WILL BE CLOSED TODAY

A brief History of the Library

The town of Westville was founded in 1851. Not long thereafter, the Westville- New Durham Township Public Library traces its beginnings to 1875 with the formation of the “Ladies Calliope Society”. Their original intention was to help the community with different projects as they felt that idle gossip was becoming detrimental to society (Mayes, 2001). One of these projects was the circulation of books. One year later, the group reformed into the “Ladies Home Library Association” and made circulating books around the community their primary focus.

As the popularity of the library grew, the Ladies Home Library Association needed a permanent location for their collection. A local woman named Jennie Stewart Boyeson donated a small building in the 1890’s. The building was the location of a former doctor’s office slightly north of Main St. The building was filled with nearly one thousand books and dedicated to the idea of bringing culture to the community (Cass, 1981).

But that small building was growing crowded and the Ladies Home Library Association felt that the community needed a proper library. The Boyeson Family’s gifts to the creation of the Library continued as Jennie Stewart Boyeson lobbied for a Carnegie Grant as a way to get the library funded. She purchased the land used for the library in 1913 on Westville’s Main Street and historical Lincoln Highway. Then Jennie secured the $8,000 grant from the Carnegie Foundation with the help of a local banker named Lewis R. Cass (“Community Very Fortunate”, 1965). Westville became the smallest community in Indiana to have received a Carnegie grant. 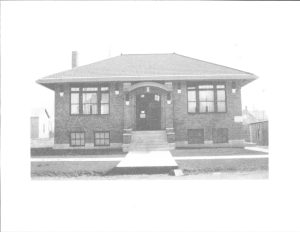 Using Andrew Carnegie’s assistant, James Bertrams’s “Notes on the Erection of Buildings”, the building was constructed in 1915. It was dedicated on August 4, 1915. The dedication was a huge event that had hundreds of visitors (photo 19). A dinner was served in the basement by the newly appointed Library Board honoring the sixteen women of the Ladies Home Library Association for their efforts in getting the new library (McPherson, 2003).

A man named Ezra Titon Scott became the first librarian of the building. He was formerly a minister and a drug store owner in town. He ran the library until 1936 when he retired at the age of 86. Ruth Cass had served as a high school teacher in town as well as an assistant to Mr. Scott. She took over the library at Mr. Scott’s retirement (Bass, 2017).

Ruth Cass stayed at the library for forty-two years. She has since passed away in 1996 at the age of 101. Ms. Cass was a huge influence on the community and many still fondly speak of her today. There is a plaque honoring her memory in the upstairs of the original Carnegie portion of the library.

During Ruth Cass’s tenure, the increase in population called for an expansion to the library. In 1969, the addition was completed on the front (Mayes, 2001). It added a storage area in the basement and more shelving for books upstairs.

However, Westville was still growing as a community, and as soon as the 1980’s, the Library Board was already seeing a need for another expansion. During this time, Sara Johnson became Director of the library. Mrs. Johnson, along with the Library Board, started to plan a south end addition.

In 1995, the library board worked with architect Doug Buell to come up with some options. Buell worked at Cattail Design out of LaPorte, IN. He brought up the option of building a new building on library land and demolishing the old building when completed. While this would be an easier option to get the needed space and handicapped accessibility required, the majority of the community and the library board wanted to keep the Carnegie building (Wright, 1995). So, they planned an addition and started construction.

The addition was completed in 1997. It was designed in a way to continue the lines and style of the original Carnegie building. The addition cost $598,292 and brought the square footage of the library up to 5,500 sq. ft. The upstairs of the addition doubled the space for books and movies. It also provided more study areas for patrons and another meeting room was created in the basement that is available for the community to use.

The Westville-New Durham Township Public Library has been critical to the Town of Westville since its dedication in 1915. There were other towns in the area with libraries around the same time frame, but they were all over ten miles away. The Westville library is positioned in the center of town. It is in walking distance for many in the community.
The Westville -New Durham Township Public is one of 13 Carnegie Libraries that was constructed between 1904 and 1920 in the three counties that forms the Northwest corner of Indiana. Only five of these still remain a library today. Many were demolished for new buildings. Others were repurposed (Russell, 2018.) 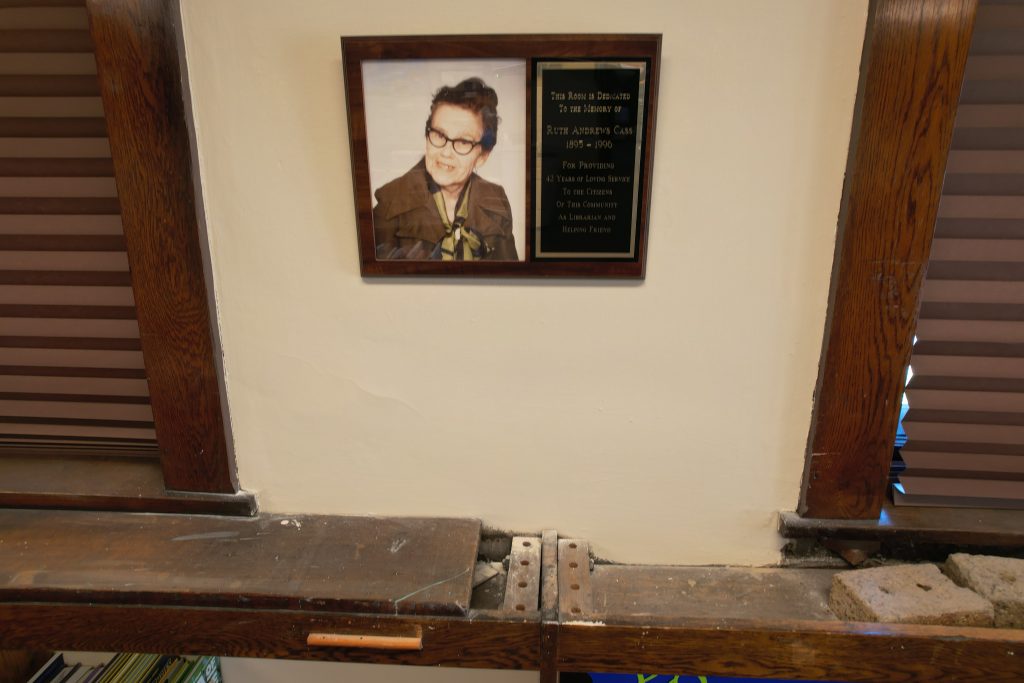 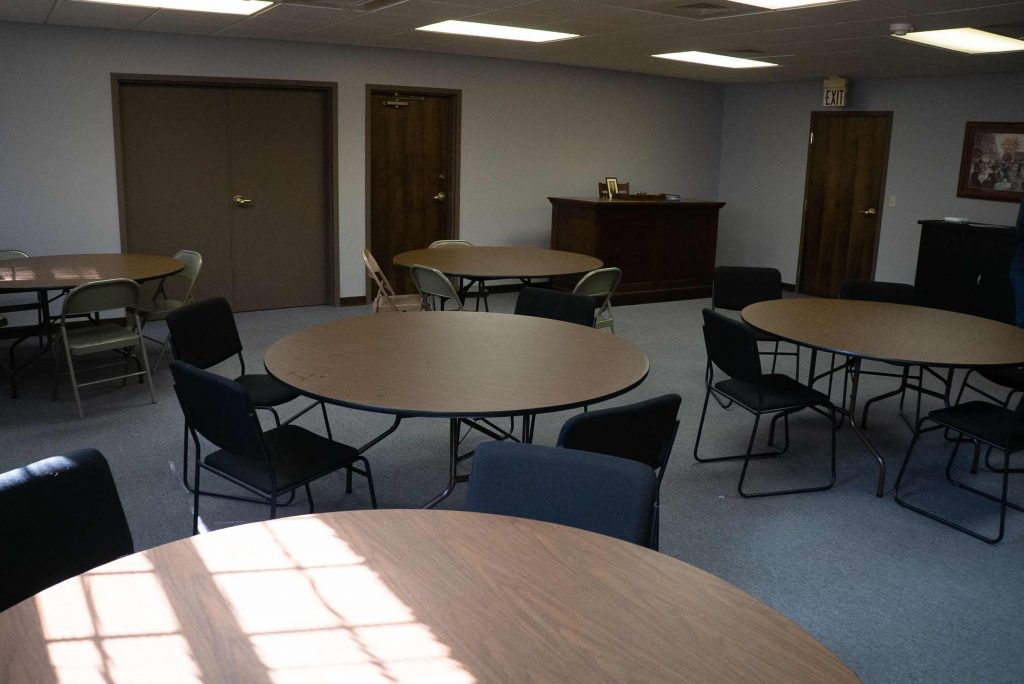 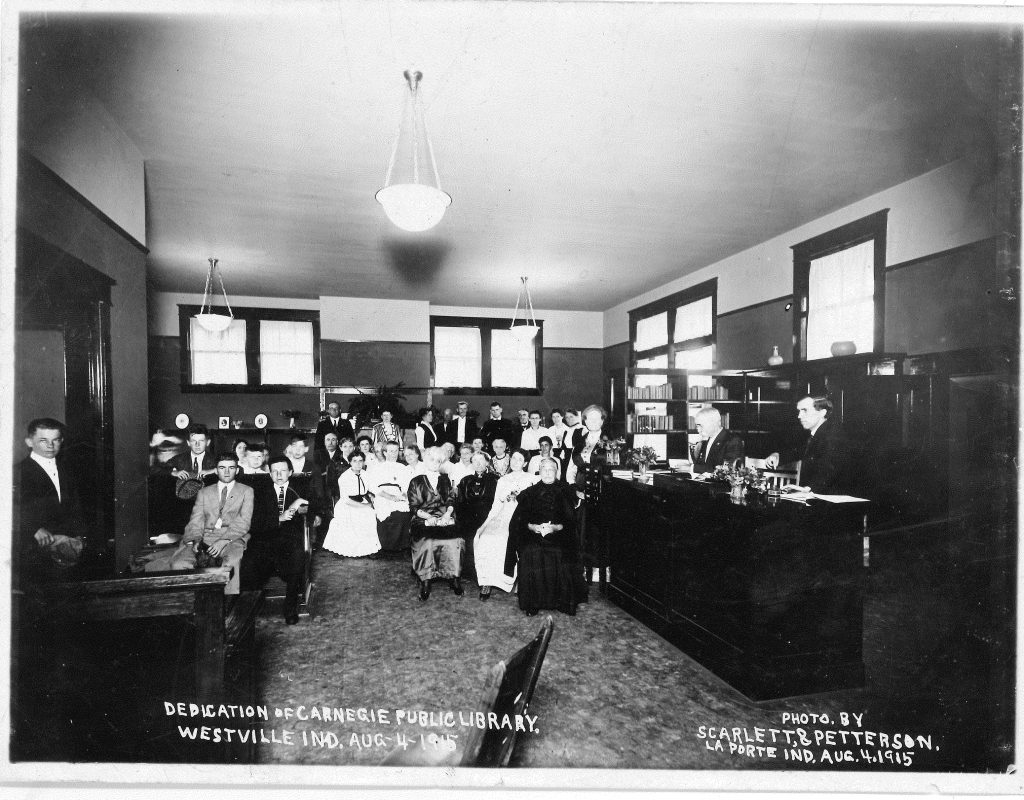 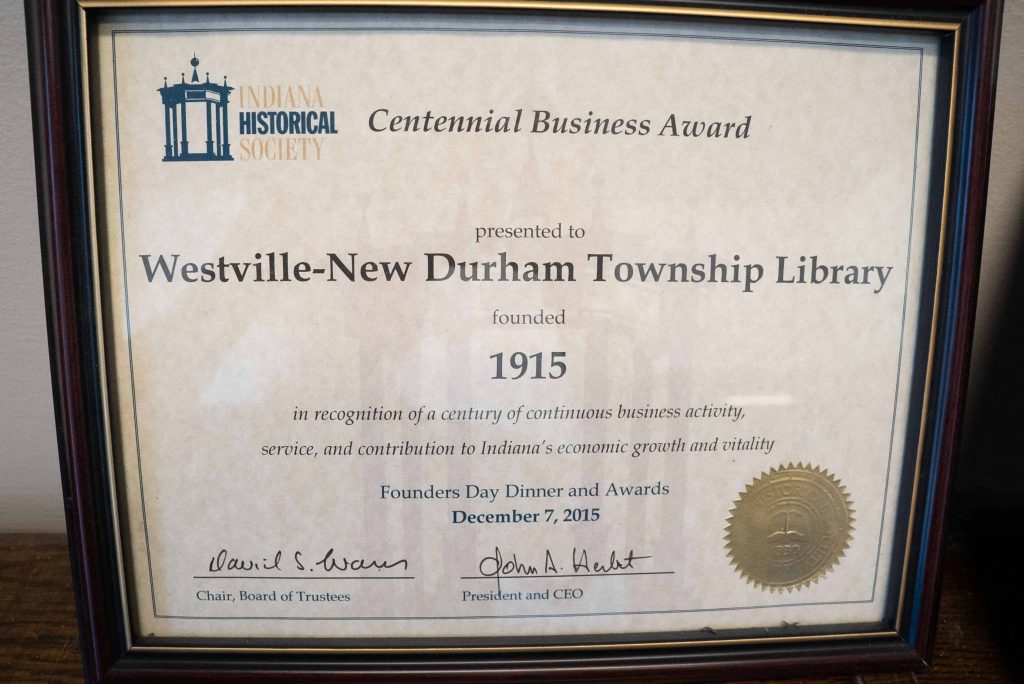 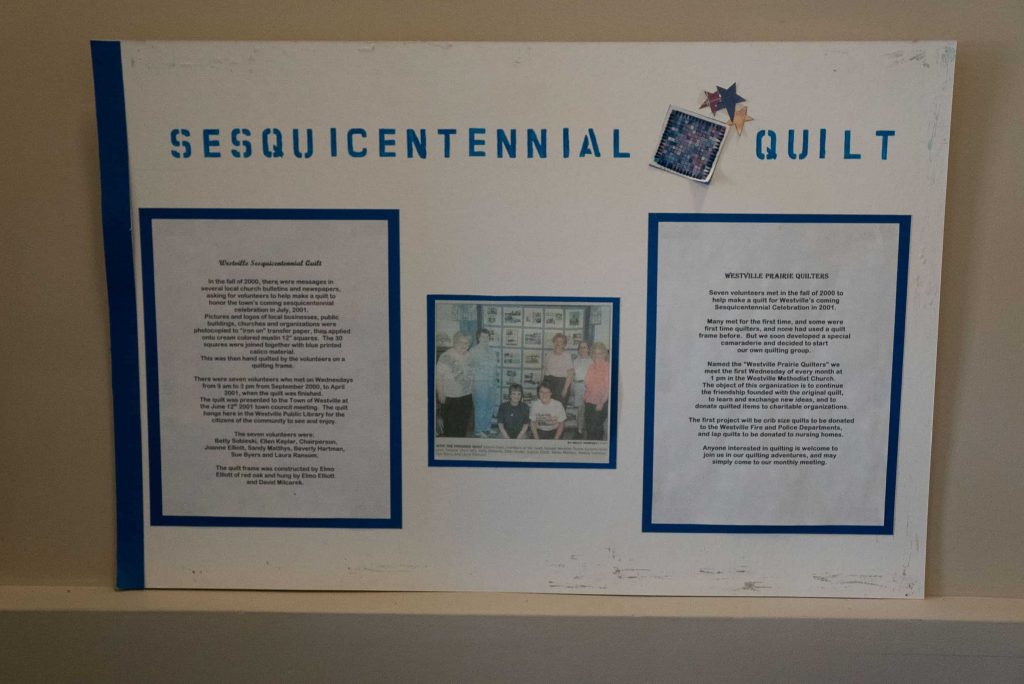 Stay Up To Date With the latest news from the Library!